A three-day encounter around publishing projects

Alternative Readings was a congregation inviting readers, publishers and writers to discuss topical issues in the field of art publishing today. The meeting was conceived as a series of interventions exploring strategies on and around art publishing, with a focus on the Middle East and Europe. The encounter considered the publication not merely as a physical object but also through the different stages - material and immaterial - and configurations leading to its production. Forms such as the reading group, the library, piracy projects and the revisiting of historical publications are all strategies deployed within the art world that uncover, test and explore the publication and its potential. What discourses, forms and possibilities of engagement can publishing projects offer today? Judith Raum was invited to present different approaches to self-education and the appropriation of discourses which the Contemporary Arts Library Pristina/Berlin has worked with since 2007.

The diversity of invited guests provided an array of perspective on publishing practices in Europe and in the Middle East. Revisiting archival material (98weeks; Archive Books), performing the magazine or the text (Mounira el Solh; Marwa Arsanios), thinking about the temporality of reading in relation to the production of knowledge (Ghalya Saadawi), or rethinking strategies of circulation and distribution (Eva Weinmayr, Judith Raum), Alternative Readings offered different perspectives on publishing, specific to cultural and social contexts. 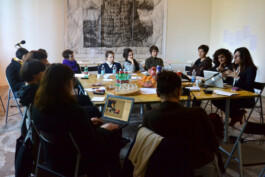 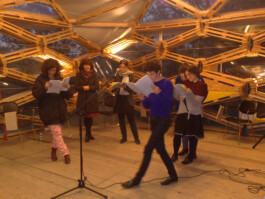