am of the opinion strike is useful, 2015

The presentation at Norma Mangione Gallery was an adapted version of the performance earlier shown at House of World Cultures Berlin. The lecture performance touches on the working conditions at the Anatolian Railway during the great strike of 1908. A choreography of projected still images, text and sculptural action create a narrative that exemplifies the unresolved tension between actors of different social status during the first railway workers' protests in the late Ottoman Empire. 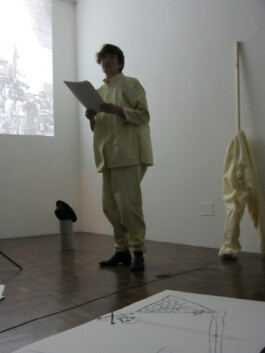 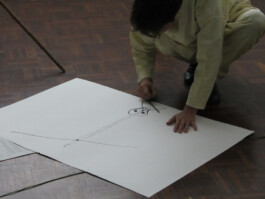 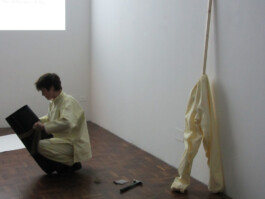