6 paintings, 3 collages from cardboard on wood

It becomes evident why this style is so similar to our playing cards, even if it is much more subtle. Each playing card figure has to fulfill two requirements: first it follows two functions - on the one hand it is an object, on the other hand, it has to serve the dialogue - or the duel - between two partners who oppose each other; second, it has to play a certain role as a card, as part of a collection: the game. Several demands result from this complex determination: the demand for symmetry in relation to function, and of asymmetry in relation to the role the card plays.

There is a dualism which is projected on different levels, just like in a hall of mirrors: men and women, painting and sculpture, representation and abstraction, angle and curve, geometry and arabesque, throat and belly, symmetry and asymmetry, line and plain, vignette and chief motive. The way in which the motives are invented and completed, overlap those basic dualisms on all levels: the primary subjects are broken apart, then rearranged into secondary subjects which introduce fragments of the first order into a temporary unity. These secondary formations are then arranged next to each other in a way that the original unity reappears just like in a busker's game. 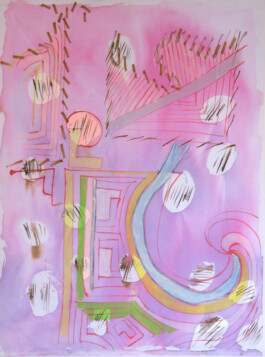 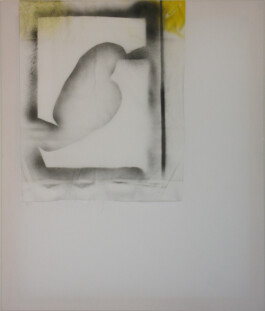