*The documentary in cinema and museum today: workshop with film-makers and artists Laura Horelli and Gerhard Friedl (Berlin/Vienna), Prishtina 2008

*Artistic cultures in the absence of professionals and experts: workshop with artist Iz Öztat (Istanbul), Prishtina 2008

Library as thought in progress was one of the first several-day workshops which I organized for the Contemporary Arts Library in january 2008 in spaces of the National Library in Prishtina. It featured newly arrived books on contemporary art, most of which had been collected from neighboring regions of Kosovo (to react to the dominance of publications from Western + Northern Europe and North America in the collection), a film program and a bar at night. With the money for the workshop we could also acquire new furniture and technical equipment for the space.

Defining the library as a “thought in progress” was the main aim of the workshop held by Berlin based artist Elke Marhöfer. The workshop was designed to discuss books from the collection and their context in group work, to sort out out-dated or non-English language donations from Western art institutions and re-arrange the shelves together.

"…I regard a library as a manifestation of a thought in process. Based on the research of the existing, and together with people and art students from Pristine, I would like to activate this library and use it as source material for an "experiment". The course of this experiment is to jointly transform one object or substance into another, which means to re-arrange the order of the current state of the library.

Fields of transformation could for example be: process of (artistic) development,

contextual shifts in (art) history, human connections – mental or physical, questions of nature, technology, revolutions, wars and economics. These are key words, that can be as well transformed into something else. And there is also pure joy to create new systems and to reveal hidden histories or relationships between seemingly disparate objects.

At the end of the workshop the library should be transformed into a new tool that can be adapted to multiple uses. The process and a collection of these new systems shall be presented in public, for instance in a coffee shop or a factory..." 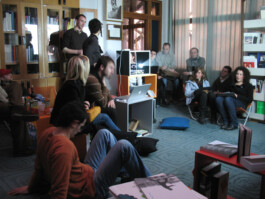 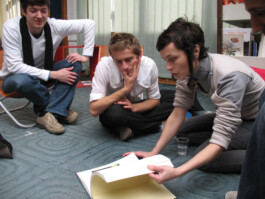 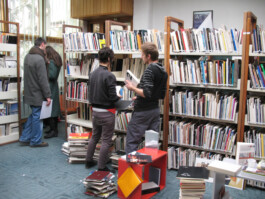 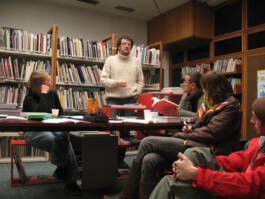 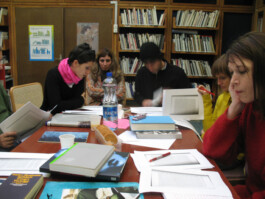 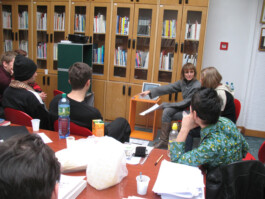 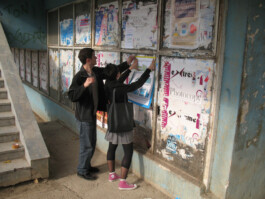