Between 1930 and 1933, during the final years of the Bauhaus, the school's textile workshop brought out two collecitons of woven curtain fabrics which were produced by factories in Saxony, Germany. The designs for the earlier collection were developed under Gunta Stölzl, while the later collection resulted from a collaboration between Lilly Reich and Otti Berger.

The installation is the result of a two-years artistic research. It points out two phenomena: on the one hand, the focus is on the conceptual and aesthetic regor of Bauhaus functional fabrics, despite their neglected status at the school due to prevalent gender politics. Following their theoretical writings on the medium, the Bauhaus weavers conceptualised each fabric for a specific purpose, with the materials and cloth density chosen accordingly. Visitors can touch all fabrics in the installation.

Taking the window cotton nets in the installation as a starting point, a video piece reflects on the context of politics and design theory in which the fabrics were produced. It is composed of four parts. In each of them, a different protagonist from the weaving workshop raises her voice (Lilly Reich, Gunta Stölzl, Otti Berger), giving a sense of the conflicting work ethics each of these artists stood for, especially after the National Socialists had taken over. Otti Berger, e.g., criticizes Lilly Reich bitterly for her ongoing exhibition design in and for the Third Reich.


The new weavings in the installation were executed by Katharina Jebsen, Leipzig.
A brochure accompanies the work.

Thanks to the Museum of Modern Art, New York, the Busch-Reisinger Museum at the Harvard Arts Museums, Cambridge, M.A., the Neue Sammlung Munich, the TextielMuseum Tilburg, the Archiv der Moderne at the Bauhaus-Universität Weimar as well as Monika Stadler for their generous support. 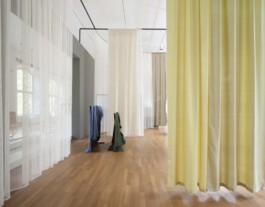 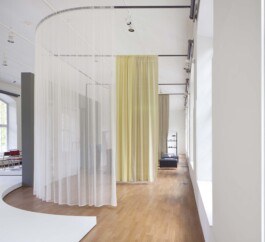 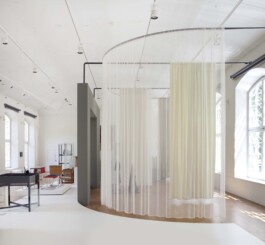 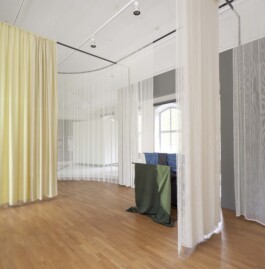 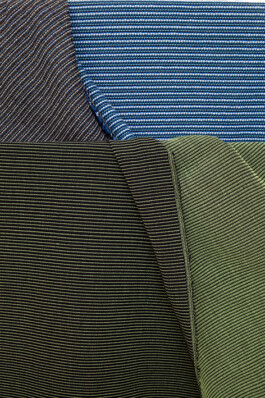 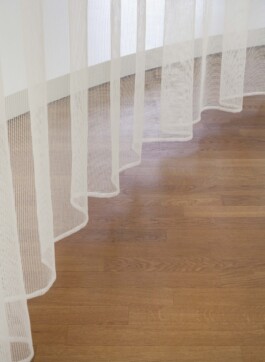 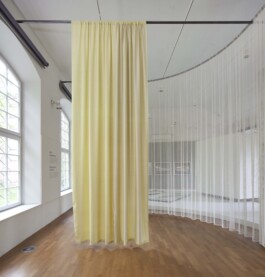