The performative walk sketched and connected different historical events that were part of German Oriental politics during World War One: propaganda efforts to call for a 'djihad' in the Muslim regions controlled by the Britisch, French and Russians, the establishing of news + propaganda offices thoughout the Ottoman Empire, secret expeditions into the Persian Gulf to destroy English oil supplies and their entanglement with German archeology. The walk unfolded in the landscape around the art center Bethanien, Berlin, and used the topology of the site. Reading out historical facts, quoting from original documents, commenting and connecting with present times, Judith Raum navigated the participants through a network of economic and military interests, cultural disguises and false pretences.

The walk was part of the exhibition digging deep, crossing far at Kunstraum Kreuzberg/Bethanien, curated by Elke Falat and Julia Tieke. 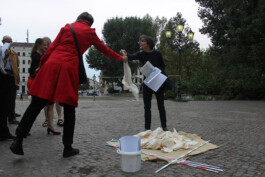 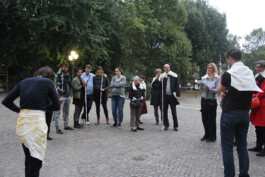 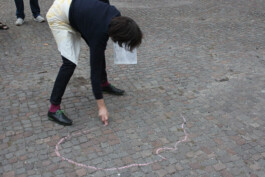 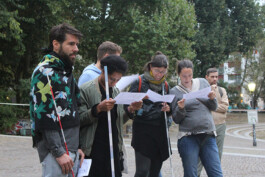 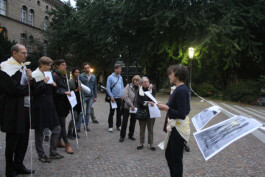 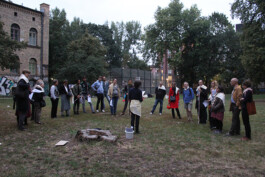 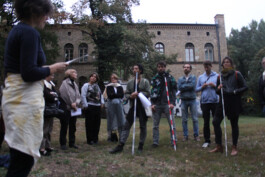 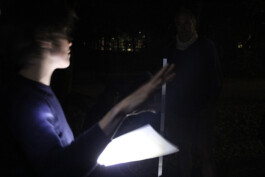 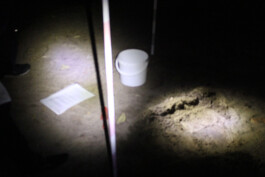 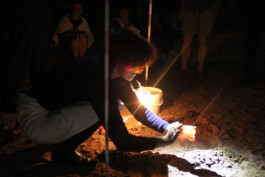