Gittertüll, 2019
After the Butcher, Berlin

In spring of 1933, just before its final closure, the Bauhaus Berlin brought out a last line of woven curtain fabrics. The designers Otti Berger and Lilly Reich were responsible for the development of the collection. The installation Gittertuell focuses on one type of curtain material within the line: highly translucent window laces, so-called Gittertuelle, which where in production at multiple locations throughout the German Reich during the 1930s and are distinct in the country today. Fabrics that correspond with the original designs modulate the exhibition space. Both Otti Berger and Lilly Reich followed different agendas in their work. Consequently, their collaboration was marked by conflicts. In the years after the closure of the Bauhaus, the Gittertuelle lived on in the work of both designers, but in different ways. The video essay in the installation reflects on the question in how far Reich’s and Berger’s different take on the material can be associated with their political attitude in Nazi Germany. 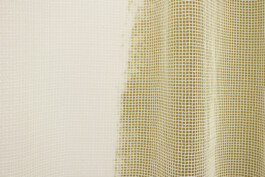 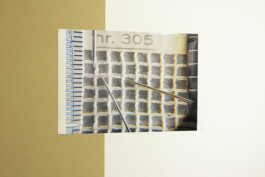 Photograph on the wall by Katharina Jebsen 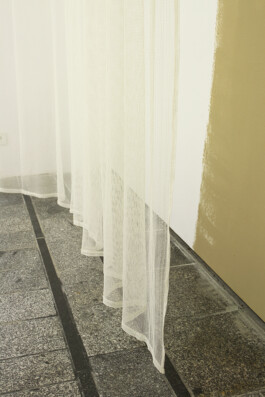 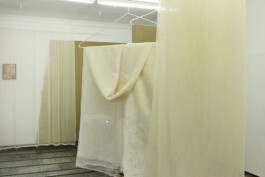 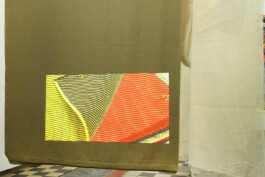 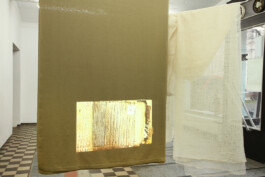