The publication documents the artist solo-shows at uqbar, Berlin and The Return, Dublin and translates Raum’s lecture performance harmless entrepreneurs (2011), which was shown at both locations, into a book format. Even running deals with modes of production and material culture within German economic imperialism in the Ottoman Empire during the early 20th century, revealing moments of improvisation and makeshift solutions within the construction of the Baghdad Railway, a continental route of transport, which was supposed to make the resources and markets of Anatolia accessible for a variety of German businesses. Besides installation views, the publication contains the complete lecture performance script both in English and German language, historical correspondances from the economic archive of Deutsche Bank, photographic archival material from Raum’s field trips. In his contribution, Suhail Malik reveals the interdependence between early forms of globalized trade and modern international-financial-statehood. 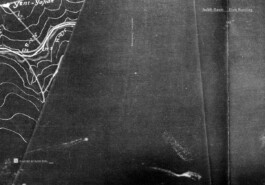