Images and correspondences collected from archives in Germany, England and Turkey document the diffusion of capital, language, and image policies connected with German semi-colonial efforts in Anatolia during the early 20th century form the conceptual framework for the show.

Presented in Langenhagen it is a spatial constallation consisting of objects, large-scale painted textiles, archival photographs and text documents, which offer a many-voiced, multimedial-based reading of the economic and social history connected with the construction of the Baghdad-Railway through Deutsche Bank. German capital encouraged German entrepreneurs to engage in various economic sectors accessible in Anatolia. Commissions were given to different individuals from the German steel and machine building industry to home weavers’ families. Agricultural engineers (“Inspecteurs des Cultures”) were sent to Anatolia in order to promote large-scale cultivation of crops and the distribution of German agricultural machinery.

The long exhibition space is roughly divided into three sections of work. On entering, one can hear voices reading out texts on cultural trials in Anatolia selected from the historical archive of Deutsche Bank. The words describe detailed plans for a profitable exploitation of Anatolian resources and weave themselves into large, dyed and printed cotton fabrics expanding vertically and horizontally in the space. The patterns take on the mottled textile surfaces of fabrics produced by German home weavers for the Near East.

Objects consisting of trash and things found on the ground such as feathers, bones, plastic pipes or string are laid out on flat pedestals drawing the gaze to the floor. Selected texts from Deutsche Bank files and photographs are displayed on paper towards the end of the space. The images are selected archival material and photographs taken by the artists herself, showing moments of improvisation and appropriation of building material during the construction of the railway.

The archival material is accompanied by leftovers from a performance during the opening of the show. 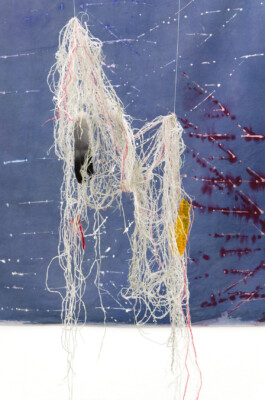 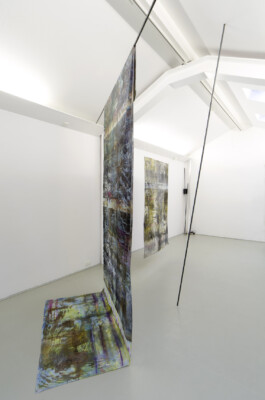 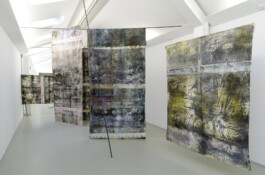 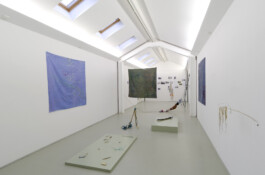 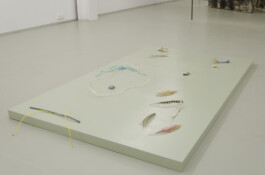 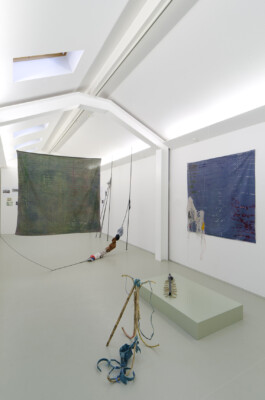 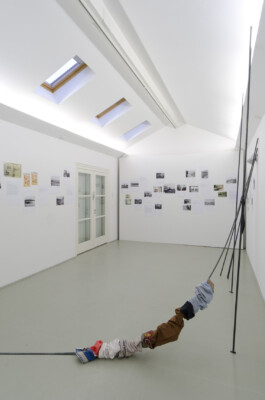 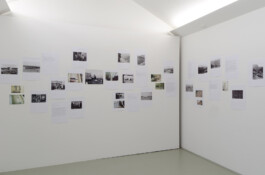