One of three contributions for a collaborative project between artists from Frankfurt and Cracow.

The frame of reference for the installation memory of the future were questions concerning the relationship between theory, form and subjective expression. In the context of the project, I had made several works referencing German architect Hans Scharoun’s formal language. Coming from a social-utopian background in the 20s, Scharoun was then deemed a democratic architect for West Berlin during post-World War II.

The hanging objects are the points from earlier star sculptures, based on Scharoun’s drawings of star-like architecture saturated with explosive energy. The surfaces of the grey objects are marked by a hand-made character. In a light box hand-written fragments on the conditions of the relationship between individual and community after the postmodern critique of democracy are overlaying a formalist pattern and Polish student protest posters from ‘68 demanding truth. 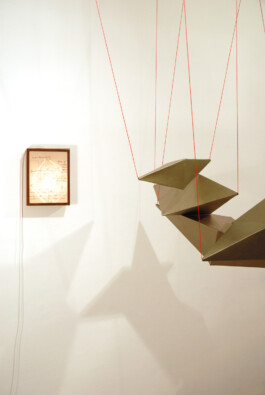 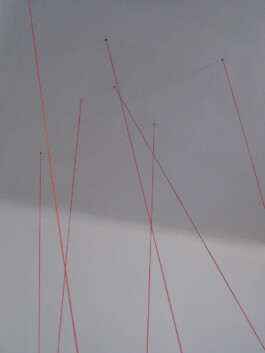 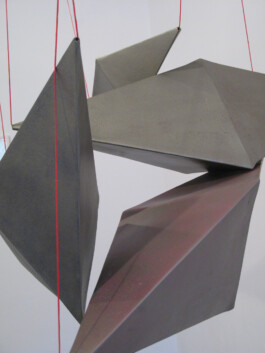 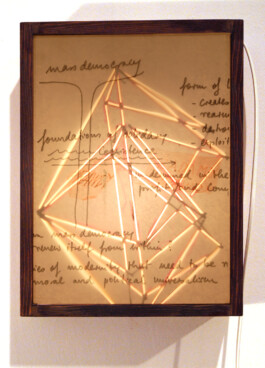