In 1888, the Ottoman Empire commissioned a corporation founded by Deutsche Bank and German construction firms to construct the Anatolian Railway – a railway crossing in present-day Turkey, which was intended eventually to reach the oilfields around Baghdad. German financiers did not only organize the tracks, bridges and tunnels to progressively introduce the linearity of a new infrastructural system into Anatolia and enable fluent trade of goods, troops and people. They also encouraged German entrepreneurs to engage in various economic sectors accessible in the country and develop educational structures in order to train future workers to ensure efficient exploitation.


Raum collected images and correspondences from archives in Germany, England and Turkey, which document the spread of capital, language, and image policy connected with German semi-colonial efforts in Anatolia. In the exhibition, she presents images of contemporary provisional garden constructions re-using old German steel materials, which exist along the railway tracks of what used to be the Baghdad railway, and combines them with historical text and image material showing improvised economic and architectural structures within the construction of the railway. 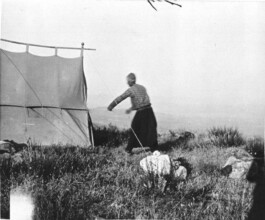 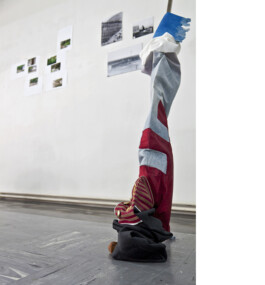