The work was part of the exhibition ReFraming Worlds: Mobility and Gender in a Postcolonial, Feminist Perspective from December 2nd 2017 - January 21st 2018 at nGbK Berlin.

ReFraming Worlds brought together works by Berlin artists dealing with the lives and works of a diverse group of women including Agatha Christie, Maria Mandessi Bell Diop, Mia May, Sayyida Salme Princess of Oman and Zanzibar alias Emily Ruete, Ida Pfeiffer and Gertrude Bell (1884-1926), an explorer, archaeologist, writer and secret agent of the British Empire, who Judith Raum examined in her piece.

Mindsets, imagery, and categories of knowledge influenced by the colonialist paradigm that are still in effect today were the departure points; their historic structures were to be laid bare and examined. The artists followed experiences of oppression, resistance, and migration in their research, which encompasses travel reports, life stories, plant worlds, photographs and other objects.

Rock and Clay Improvisation consists of two parts: an installation that has Gertrude Bell's role as Director of the Iraq Museum of Antiquities 1921-1926 at its center, and a lecture performance that looks at the role photography played in Bell's extensive travels, archeological investigations and publications on Syria and Iraq. The gaze of Bell’s camera is part of a problematic intersection of colonial powers and interests. Nevertheless, the language she chose both in writing her observations, as well as in her handling of the camera, indicate a readiness to get close up, to go into detail and let herself be affected. Consequently, Judith Raum's lecture performance asks if it is sustainable to claim that Bell's photographs challenged the regime of the gaze and the scientific conformism of the time. 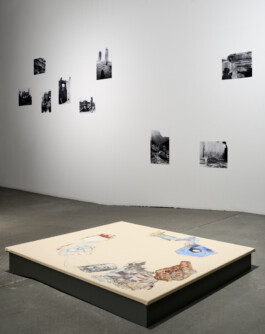 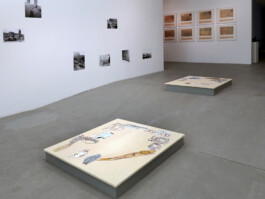 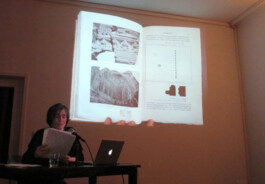